The easiest muscle to grow and Hardest – full review2022

The easiest muscle to grow are those with a greater predominance of fast fibers, since these have a greater hypertrophic potential due to their larger cross-sectional size compared to slow fibers. However, this answer is still a bit lacking, so I’ll go a little further by making a top 5

of the muscles with the most predominance of these fibers. 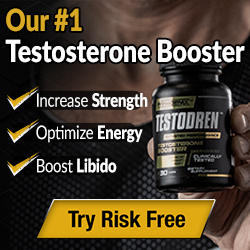 I chose mostly large muscle groups, since they have greater length, therefore in the long term with the correct training and nutrition it will increase the size of its cross-section.

I want to emphasize that despite the fact that I developed the top, each body has a bone architecture of different proportions, so the tension sent by a resistance can vary in each person, ergo, the speed of growth varies in each one. To know which muscle is your strength will be through experience.

The 6 Hardest Muscles To grow .

The abdominals are a group of muscles located in your core, aka the six-pack muscles.

These muscles are mainly comprised of the rectus abdominis and obliques.

They work together to flex your back (bringing your head towards the knees) as well as rotate the torso.

According to the poll, the abs are one of the hardest muscles to build (and also the most coveted!).

But aesthetics-aside, a strong core will provide functional benefits to all your big lifts, allowing you to lift heavier weights.

Why the abdominals are hard to build:

The muscles themselves are not hard to isolate, and there are many exercises to target both the rectus abdominis and obliques.

My favorite is the decline sit-up.

To do this at home, you’ll need a decline bench like the Flybird and any form of free weight to hold against your chest (I use Powerblock Elites which can be found on Amazon).

What many people struggle with is revealing the abdominal definition, since the torso is also the first place where fat is stored.

This essentially covers any definition from the abs.

How to build the abdominals:

To train the abs most effectively, you need variety. In fact, out of all the muscle groups, variation is especially important to build a powerful core.

That’s because each section of your abdominals performs distinct roles.

So choose a selection of exercises that work the upper abs, lower abs, and obliques!

And don’t forget about nutrition!

You’ll need to be on lean bulk in order to build your abs whilst maintaining definition.

Check out my other article to learn how to keep your abs on a bulk!

The gastrocnemius makes up the bulk of the calf muscle.

The muscle itself is responsible for flexing the foot downwards (onto your tiptoes), as well as flexing your lower leg towards your thighs.

You will want to develop this muscle as it’s the main muscle in the lower leg and thus contributes to powerful-looking legs.

Why the calves are hard to build:

The calves are regarded to be one of the most difficult muscles to build for two reasons.

Firstly, they are constantly engaged through daily activities such as walking and running. As a result, most people already have a degree of calf development, and this makes it harder to drive further development.

Secondly, the calves are constantly used throughout the day. And this means the calves need a level of endurance.

As such, they have a high proportion of slow-twitch muscle fibres (50% to be exact).

These fibers are responsible for long and sustained movements and are harder to grow compared to fast-twitch fibres.

How to build the calves:

Deadlifting and squatting provide a lot of stimulation for the calf muscle.

But that’s rarely enough if you want to get big calves.

Instead, you should also incorporate calf-raises in your training program.

These can be performed with free weights or machines. But If possible, go for the machines.

Unlike free weights, which require a lot of balancing, machines make it easier to control the muscle and get a good mind-muscle contraction.

Read my other article to find out how often you should perform leg days!

The forearms are mainly made up of the brachioradialis, wrist flexors, and forearm flexors.

These work together to flex your wrists towards the forearm, as well as rotate the wrists.

The most important function of the forearm is to provide grip strength. And without a strong grip strength, you’re limited in the amount of weight you can lift in all exercises.

This makes it very important to train your forearms.

Why the forearms are hard to build:

Your forearms are used consistently in every workout. So why are they one of the hardest muscles to build?

Just like the calves, the forearms contain a lot of slow-twitch fibers. And these are mostly used for aerobic endurance activities.

As a result, it can be difficult to develop strength and mass in the forearm muscles.

How to build the forearms:

Only after you’ve performed all your heavy compound lifts, should you begin doing forearm work. In fact, forearm training should be done at the end of the workout.

This allows you to preserve your wrist strength for the bigger lifts.

If you decide to do forearm training, I would also recommend you to alternate between underhand and overhand wrist-curls to maintain variety.

Read my other article to find out why you should lift heavy weights first!

The biceps are actually comprised of two smaller muscles- the biceps brachii and brachiallis.

The biceps brachii is also further made up of a long and short head.

Together, these muscles work to flex the forearm towards your upper arm.

Many people spend a lot of time training the biceps, with very little results to show.

In fact, the biceps are one of the hardest muscles for beginners to build.

Why the biceps are hard to build:

Many people are unaware that the biceps muscles are responsible for different movements.

Therefore you need to perform a range of bicep curl variations to hit all your biceps muscles.

These variations need to include different grip-widths and grip styles in order to maximize bicep hypertrophy.

Another reason the biceps are hard to build is due to overtraining.

All the upper body pulling exercises also engage the biceps to some degree.

As such, you should limit the number of bicep curl sets to avoid exceeding the recommended training volume for bicep growth.

How to build the biceps:

The majority of your bicep work should come from your compound pulling exercises like the row and pull up.

A pullup-tower like the Sports Royal allows you to do this at home.

These can then be supplemented with bicep accessory exercises such as the underhand curl, reverse curl, and preacher curl.

Tip: To get a maximal bicep contraction, rotate your wrist upwards as you curl.

Additionally, you should also stick to around 3-6 sets of accessory exercises per week if you are performing a lot of compound pulling exercises.

This will decrease the likelihood of overtraining.

Check out my other article to find out your ideal bicep curling weight!

The deltoids are comprised of the anterior (front), medial (side), and posterior (back) deltoids.

Combined, this triplet of muscles moves the arm away from the body, whether that be forward, sideways, or backward.

When the deltoids are developed, they will widen your frame and are a major contributor to the v-shaped physique.

As such, you should find ways to effectively promote deltoid growth!

Why the deltoids are hard to build:

There are 3 main reasons why many people find the deltoids to be one of the more difficult muscles to build.

The first reason is not doing enough sets. Many people don’t prioritize the shoulders enough.

Instead, they treat the shoulders as a secondary muscle (with the chest, back, and legs being given the most attention).

Secondly is using too much weight. This compromises form and results in sub-optimal deltoid activation.

The classic example of this is loading too much on the shoulder press and arching your back due to the weight being too heavy.

This effectively turns the movement into an incline bench press, which is not great for big shoulders!

The third reason is not doing enough work on the medial deltoids.

The shoulder press is good for anterior deltoid activation. But the lateral raise is best for activating the medial deltoids. And that’s what widens your shoulders!

How to build the deltoids:

You should use a lighter weight to maintain good form.

This is especially important for isolation-type shoulder exercises because like lateral raises.

Doing shoulder exercises with bad form can easily cause you to unintentionally turn the exercise into a different exercise (See shoulder press example above).

The individual deltoids are not big muscles. So you don’t need to overload them with heavy weights.

Instead, use moderate to light weights and perform around 12-15 reps per set with good form.

The Powerblock Elites contain heavy and light weight settings in a single unit, making them perfect for doing both the overhead press and lateral raise at home.

The hamstrings are located on the rear of your leg and serve to bring the leg backward.

Although the “hammies” are relatively non-visible compared to the quads, they serve an important function.

Along with the glutes, the hamstrings are the most powerful muscles in your lower body.

As such, they help you to lift heavy on leg days.

Additionally, highly trained hamstrings will visually thicken your legs when viewed from the rear and sides!

Why the hamstrings are hard to build:

All lower body exercises will engage the hamstrings, either as the primary mover or secondary stabilizing muscle.

But the hamstrings are a large muscle. And this means they need to be hit hard and with lots of sets.

Another reason is poor form.

You need to remember the hamstring doesn’t just flex the knee joint, but also the hip joint.

As such, exercises such as the leg curl require you to consciously curl from the hip as well as from the knees. This will maximize hamstring activation.

How to build the hamstrings:

These should also be supplemented with smaller accessory exercises such as the leg curl and ham curl.

With the accessory exercises, you should vary the weights.

In other words, do low reps with heavy weights as well as high reps with light weights.

That’s because the hamstrings have an even distribution of slow and fast-twitch fibers. And you’ll want to train both of them for maximal results.

The best way to train the hamstrings at home is with deadlifts and stiff-legged deadlifts.

To do this at home, you’ll need a good barbell like the CAP Olympic barbell with weight plates like the Balance From cast iron plates.

Recommended Equipment In This Article with best price :-

How To Finally Get Shredded Abs: Best way2022 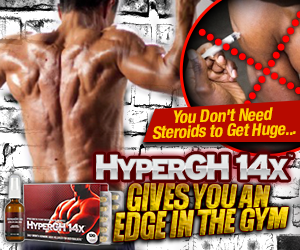 How To Finally Get Shredded Abs: Best way2022